Tips for Buying a Home While Selling One 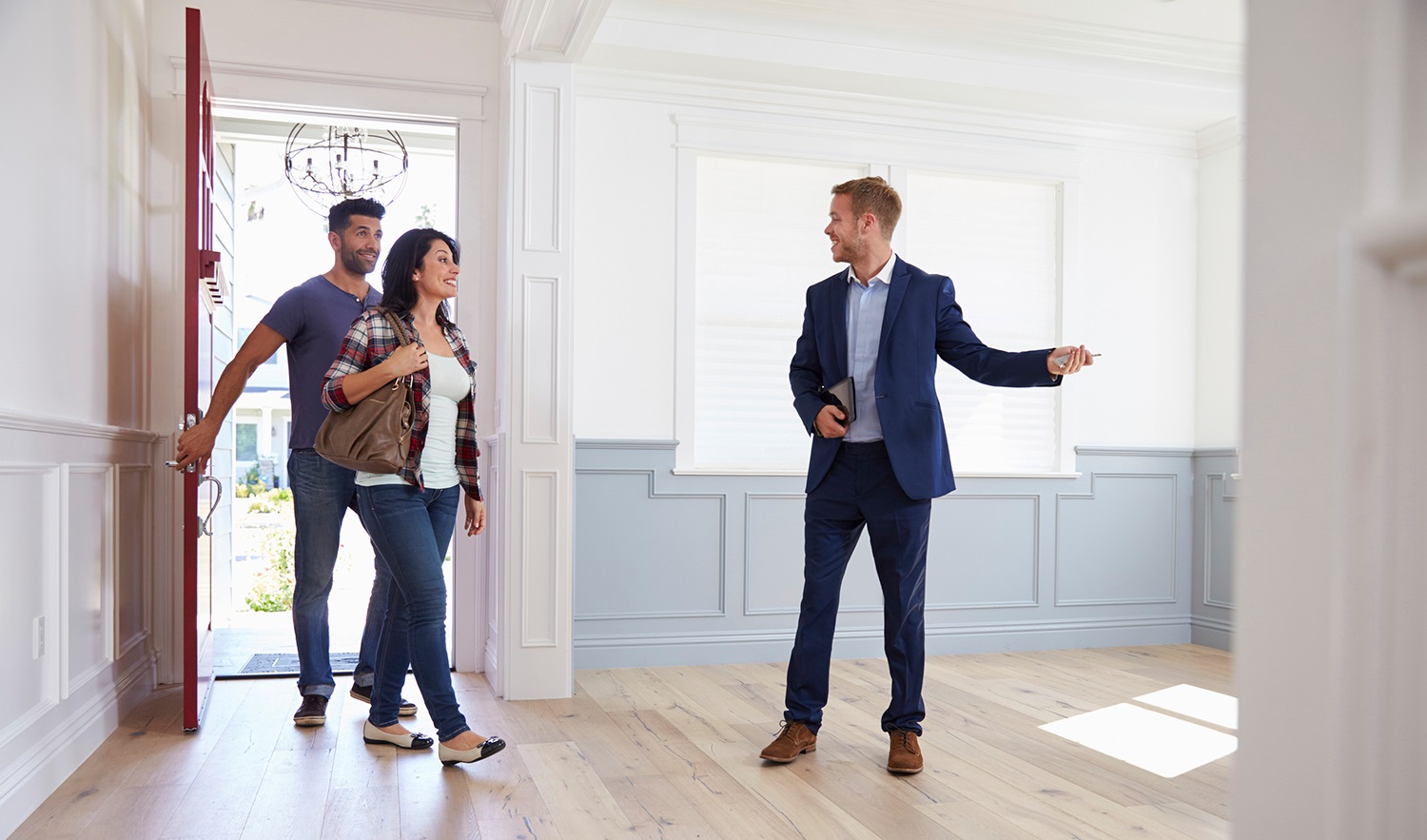 We all know that this housing market can be challenging, especially for buyers. Although the market in Northern California has gradually started moving back towards a bit more balance, it still is a seller’s market in many communities. No one knows the challenges of being a buyer more than someone who’s trying to sell a home at the same time as they work to buy another.

But there are ways to walk this financial tightrope, as noted in a recent article on Yahoo Finance. Financial planners and real estate veterans offered a few good tips if you find yourself trying to buy while selling:

Use your social network for temporary housing. People who need short-term housing after selling their home (and before landing the next one) are often able to turn to relatives or friends who may have a second home, a vacant rental unit, or even room in their home. It’s not ideal, but could be the bridge you need until you move into your next home.
A bridge loan or home equity line of credit. Speaking of bridging, some financial advisors recommend a bridge loan, which allows homeowners to tap into the equity in their current home. Similarly, a home equity line of credit could help in this situation. With short-term financing, you may be able to buy your next home before selling your current one and you can pay off the bridge loan once your home sells.
Contingent offers. Some buyers who find themselves trying to sell a home at the same time will put in a contingent offer with the purchase dependent on the sale of their current home. But that can make your offer less attractive, and in a seller’s market like this one sellers may pass on your offer in favor of one without such a contingency.
Go with the market trend. It’s important to understand whether it’s easier to sell a home or buy one, and then do the hard part first. In a seller’s market, for example, that means finding that next home before selling your existing one. In the buyer’s market, the reverse is true.
Work with an experienced REALTOR®. Never is it more important to have the help of a strong real estate professional than when you find yourself in the tricky buy-sell situation. A REALTOR® who has experience in these situations and can help you navigate through the process is worth their weight in gold.
It’s definitely not an easy task to buy a home while trying to sell another, but it can be done. By being flexible, doing some careful planning, and working with an experienced real estate professional, you may find yourself in that next home before you know it.

Below is a market-by-market report from our Northern California offices (north to south):

Tahoe & Truckee – Luxury home sales in the Truckee-Tahoe area are up 80 percent over last year, according to our local manager. Through September 15, 2016, total residential sales continue to remain brisk and far outpace sales for the same period in 2015.  Sales through September 15 are up 18.5% from the previous year with a total of 981 residential properties sold in the market as compared to 828 sales in 2015 for the same period.  Of the total sales in the market this year, 761 have been single-family homes, while 220 have been condominium sales.  Condominiums represent 22% of total sales.  In 2015 for the same period, there were 652 single-family homes sold and 176 condominium sales.  Condominiums represented 21% of the sales in 2015.

Placer County – The Roseville-Granite Bay area has experienced an increase in activity since Labor Day, according to our local manager.  Open houses are still well attended.  Buyers are active but have been walking away from transactions over repair issues or concerns.  So even though we have low interest rates, and an overall lower number of homes available for sale in our region, agents are selling to the second or third buyer to make an offer at a greater rate than they have been throughout the year.

Sacramento County – Our Folsom manager said there has been average Open House traffic over the past week with listing and sales activity steady. Our Sacramento-Fair Oaks manager reports that there has been a softness in the market in the last two weeks that would even descend down to the $250,000 to $500,000 price ranges. Back to school issues?? In the Previews® luxury market, he notes increasing inventory. Capable buyers are getting pickier and not backing as many snap decisions.

North Bay – The numbers are in for August and the San Rafael area market improved from the previous month.  The listing and sales activity appears to be back to a normal market, according to our local manager.  The well-priced homes that are well located are still receiving multiple offers, especially homes listed under $1M.  However, buyers are not as urgent to buy as they were in the spring.  Now is a good time for sellers to get their homes on the market and SOLD prior to the upcoming holidays. The active homes for sale in San Rafael thru 9/15 were 111.  The number of pending sales in San Rafael thru 9/15 is 62. Our Santa Rosa Bicentennial office manager says the problem continues to be inventory. At the end of August there was 1.4 month’s supply of inventory, down 25% from August of 2015. YTD closings are down 236 units from this time in 2015. This year inventory peaked in February and has fallen each month with the exception of being relatively flat in March. There has been a slight uptick in the over $1,000,000 market with sales reaching 61 for the month of August, the highest number of sales in a month for the last three years. Showings continue at a decent pace, but buyers appear willing to keep looking to find the right home. Our Santa Rosa Mission office manager reports that the market inflection point looks to have been the July 4 holiday weekend. The market transitioned and has not returned to level of activity seen in the spring. Previews® luxury sales could be described as sluggish, reflecting the general trend in all price points in the market.

San Francisco – Buyers are talking about uncertainty regarding the presidential election as a major factor in holding them back from making an investment, according to our Lakeside office manager.  Nonetheless, properties are selling, albeit at somewhat lower than expected valuations.

SF Peninsula – More listings are hitting the Peninsula housing market, according to our San Mateo office manager. The office has more listings about to come on the market as well. There were 11 homes on broker’s tour last week.

Silicon Valley – Our San Jose Almaden office saw an increase in deals over the last 2 weeks, even with the holiday weekend.  Homes are getting multiple offers but not as many as five months ago.  They also aren’t going for a large number over the list price.  Most are still over list price, but only by a couple of percentage points. Unit sales for the month of August in Almaden were up 10.5% over last month and flat with August of 2015.  Blossom Valley units sold were flat last month and down 15.5% from August of 2015.  Cambrian was flat in sales from last month and down a whopping 31% from August of 2015.  Santa Teresa had an increase of 10% in units sold from last month and was flat from August of 2015. The post Labor Day anticipated influx of new listing inventory just didn’t materialize in the local Willow Glen market. Our local manager said the market has actually had active listing inventory contract for the second straight week. There were 73 units this week down from 93 units a few weeks ago. With fewer choices available to buyers we have seen a few properties that had languished on the market go into contract this past week.

South County – The general consensus among South County Realtors® is that the market has slowed considerably, according to our local manager. Because buyers have a much larger inventory from which to select, the buying frenzy that was common at the beginning of this year has changed to a more “wait and see” attitude.  In addition, many potential buyers who were suffering from “price fatigue” had just stopped making offers.  The beginning of the year and much of last year allowed sellers to demand and obtain astronomical prices for homes as the inventory was low and demand was high.  Presently, however, many buyers who waited out that market are now finding more homes from which to select and can often offer (and then consummate) a transaction for under asking price.

Santa Cruz County – The Santa Cruz area market has slowed down a little bit in the last few weeks with just 75 pending for the month of September as of the 19th, our local manager reports. The inventory is floating around 400 right now, which is very low compared to the last couple of years for the month of September. Currently the Previews® luxury market in Santa Cruz has picked up with several high end properties in contract at the moment. The month of August saw the year to date high with 60 properties over $1 million sold. Currently the number of active homes over $1 million is 203.

Monterey Peninsula – After almost two years on the market, we had a significant property in Pebble Beach close escrow last week. The out-of-area buyer was very familiar with the property and the designer so it was a perfect match. Just when agents thought the market was going to slow down, our local office received 11 ratified contracts after the Labor Day holiday weekend. The listing activity continues to be fairly strong so at this pace our local manager is looking at a strong continuation into the fourth quarter.